Shipment to all countries 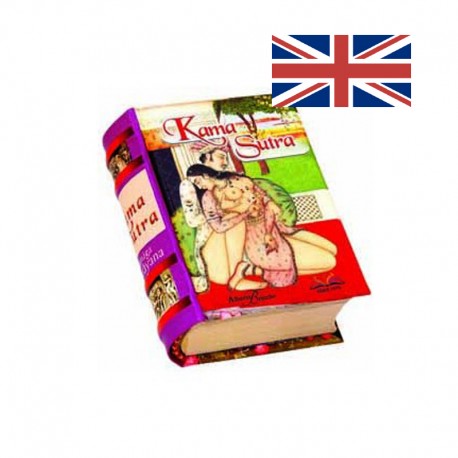 Notify me when available

Discovers in this jewel of literature Eastern secrets and delights of the art of love. Learn the meaning, techniques, by caressing and kissing that will fulfill your sexuality.

The Kama Sutra (alternative spellings: Kamasutram or simply Kamasutra), is an ancient Indian text widely considered to be the standard work on human sexual behavior in Sanskrit literature written by the Indian scholar Vatsyayana. A portion of the work consists of practical advice on sex. Kāma means sensual or sexual pleasure, and sūtra are the guidlines of yoga, the word itself means thread in Sanskrit.

The Kama Sutra is the oldest and most notable of a group of texts known generically as Kama Shastra (Sanskrit: Kāma Śhāstra). Traditionally, the first transmission of Kama Shastra or "Discipline of Kama" is attributed to Nandi the sacred bull, Shiva's doorkeeper, who was moved to sacred utterance by overhearing the lovemaking of the god and his wife Parvati and later recorded his utterances for the benefit of mankind.

Historian John Keay says that the Kama Sutra is a compendium that was collected into its present form in the second century CE.

No customer comments for the moment.